Foreword from Natalia Galibarenko, Ukrainian Ambassador to the UK 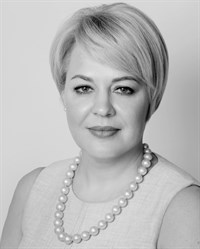 The world of business never stands still. The search for new opportunities, new ventures and new partnerships drives it across the globe. In truth, it all happens in a world that is continuously changing, and so both Ukraine and the UK need to adjust to the changes.

At home, we can do that by improving investment climate, ensuring ease of doing business and bringing out new opportunities. On the global stage, we can do it through building solid and trustworthy partnerships, establishing global value chains and adhering to rules-based trading system.

Ukraine and the UK can be partners in this. We can support, learn and benefit from each other. One may say we don’t have much in common, but I believe the reverse is true. Both are freedom-loving nations with progressive worldview that rely on open societies and open trade. Moreover, although for quite different reasons, both countries are now rebuilding their foreign trade and looking for their place in global economy.

The external aggression against Ukraine that began in 2014 was largely conceived as a form of economic warfare against the Ukrainian economy and caused two years of recession. Despite these challenges, the country withstood. Pivotal political and economic shift together with unprecedented structural reforms were not only noted and acknowledged by our foreign partners, but have borne fruit.

Starting from 2016, Ukraine’s GDP has been growing for 11 consecutive quarters while the GDP growth rate for 2018 is expected to rise to 3.5% according to the IMF. In 2017, the Financial Times identified Ukraine as the world’s most improved nation in the World Bank’s Doing Business survey since 2010. Ukraine has now climbed nine additional spots, being ranked 71 in the latest report released in 2018.

In trade, Ukraine continues its chosen path of maximum openness. Having joined the WTO in 2008, Ukraine has set one of lowest average tariffs globally. Today with its growing network of 16 free trade agreements covering 45 markets and more than 70 bilateral investment treaties, Ukraine has further advanced in its global trade agenda.

The Association Agreement with the European Union, with its Deep and Comprehensive Free Trade Agreement, stands out among all of those international agreements. A desire for closer economic relations with the EU inspired Ukraine’s pro-democracy revolution of 2014, although free trade and prosperity were not the only considerations.

Since then, the 28-nation EU gradually became Ukraine’s largest commercial partner, accounting for more than 40% of its trade in 2017, while trade between the UK and Ukraine increased 14.5% to about $2.3 billion last year. In addition to trade in goods and services, investments are essential. The UK is the 4th largest investor in Ukraine, having invested around $2 billion since 1991.

Ukraine welcomes the UK’s determination to stay fully committed to a global free trade agenda and to take all possible active measures to seize the opportunities of Brexit, including transformation of the EU-Ukraine Association Agreement into a comprehensive UK-Ukraine agreement with free trade at the core of it.

With the abundance of ongoing negotiations, talks and consultations with the EU, WTO and third world countries around the globe, the UK has a heavy trade agenda and Ukraine deserves to be a part of it.

Therefore we were excited to know the UK Government’s recent decision to name Ukraine as one of the UK’s post-Brexit priority markets. We encourage UK business to take full advantage of that decision.

Ukraine is still a challenging market. The country is in the process of structural transformations and therefore changes rapidly. At the same time it can be very rewarding and many UK businesses can share success stories working in Ukraine.

For all that, it’s utterly important for foreign companies to stay abreast of those political, economic and legislative changes. I believe this guide is an excellent source of reliable information and a proper companion for doing business in Ukraine.